Given my stunning lack of affection for the whole London 2012 thing I suppose that I have to give a tacit (or more) nod to the pre-Olympic build up. One of these events was the rather stunning production of an installation called The VOYAGE, performed by many and varied actors and acrobats in front of the Town Hall in Birmingham.

and despite sounding like a bit of a tool in the quote they used from me I did get the urge to go back and check out some of the images that I shot that night. Motionhouse and Legs On the Wall picked up some of the work and it was interesting scanning dropbox the different slant that each took with choice of image. 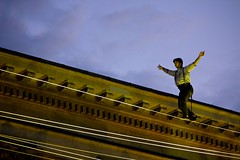 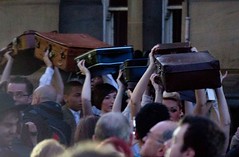 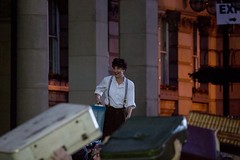 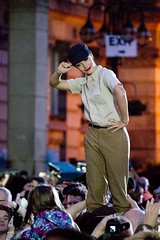 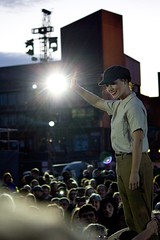 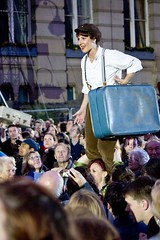 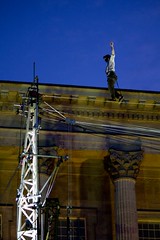 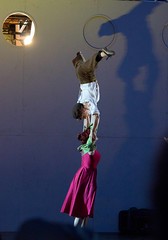 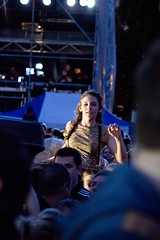 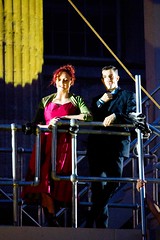 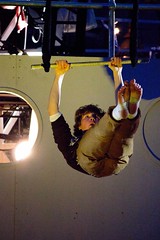 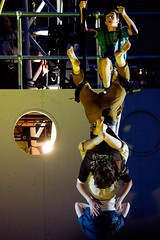 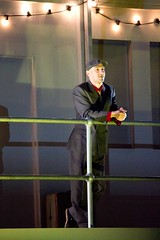 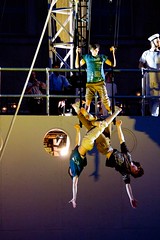 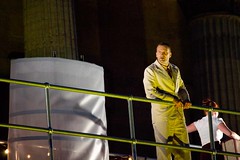 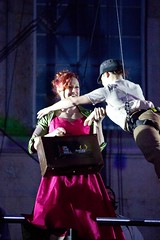 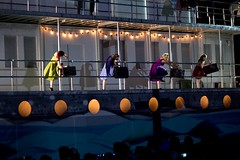 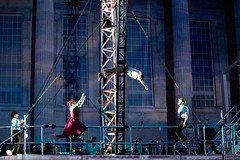 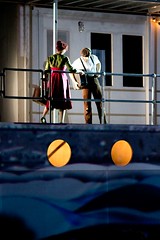 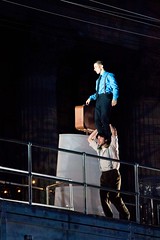 I have to say that I was quite taken with the widget they have forshowing their FlickR stream which, if you see it appear here, I will (have) ripp(ed) off.

I also shot video that night